A plan by Netflix to show their latest film, Roma, on screen and in theaters simultaneously has German cinema operators up in arms. The conflict could shake up a tried-and-true movie-going system. 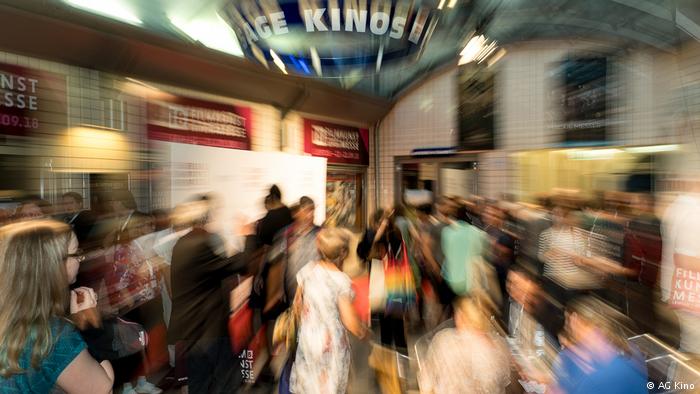 Mexico appears to be the cinematic star of the hour. Filmmakers from the country have been picking up the world’s top film awards, whether the Oscars (Guillermo del Toro with The Shape of Water) or the Golden Lion in Venice (Alfonso Cuaron’s Roma). Mexican cinema is also highlighted at the Cannes film festival through its partnership with the Morelia International Film Festival.

Streaming providers like Netflix recognize this, seeing the potential of the large Mexican viewing public. Mexican culture is at the heart of Netflix’s first Mexican reality series, Made in Mexico, and is the backdrop to one of the streaming provider’s most successful series, Narcos, which continues in the fall.

Roma at the heart of a great debate

A Mexican film is also at the center of a major debate that could have far-reaching consequences for the global cinema market. Roma, the Mexican film by Alfonso Cuarón that won the Golden Lion in Venice, is a Netflix production.

Unlike Cannes, Venice had decided to allow movies produced by streaming platforms to enter the competition. Now Netflix wants to broadcast Roma on their own platform soon after it has made the festival rounds. Discussions are underway for at least a few cinema showings in selected theaters before Netflix begins streaming the film, a move that has angered Germany’s cinema operators.

Christian Bräuer, who owns cinemas in Berlin and Dresden and is CEO of AG Kino, which represents 300 arthouse and repertory theater owners in Germany, spoke with DW in an interview about the dispute. 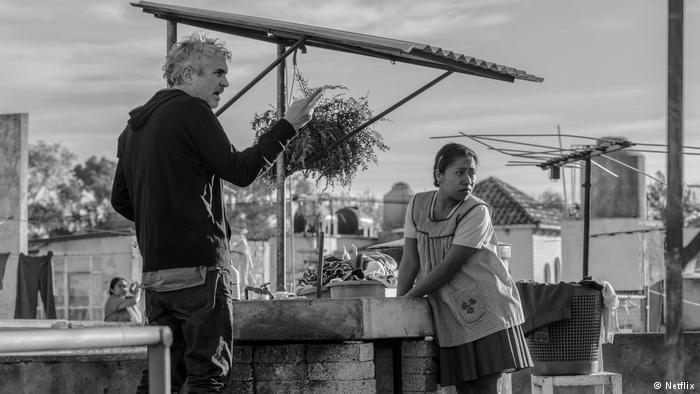 Alfonso Cuarón during filming of Roma

DW: Will you be boycotting Netflix productions when they arrive in theaters?

Christian Bräuer: I wouldn’t use the word boycott. But the fact is: Netflix has not yet presented a cinematic evaluation model. The question is not if we are boycotting that. Netflix tried to offer Romato cinemas, but only to a few particular houses. And not in the customary way: with an exclusive initial release. They offered only one week, not the usual four months. Also, cinemas would not have been able to publish any numbers, which is a sign of transparency.

Those are not conditions under which cinema houses can efficiently operate. And that’s why they won’t be showing the films.

Do you see a tried-and-true system under threat? One in which films are first shown in theaters, then made available on DVD and streaming, followed by television broadcast – and each of these steps taken with a particular amount of time in between?

Exactly. Netflix is entering the realm of the “First Screening,” the window which is traditionally held by movie theaters. Why does Netflix buy exclusive rights to movies? To have an advantage.

Cinemas need this exclusivity as well. Cinemas are expensive places to run, in the maintenance of the buildings, the program design. I expect from big US studios and German producers that they allow for four months.

In cutting that time, Netflix is attacking the business model. This attack is sold under the guise of disruption: Everything is changing. … In reality, it is a tough means of asserting the primacy of your own business model to the destruction of others.

… something Netflix can profit from. 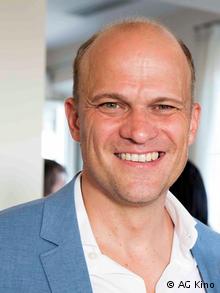 If we allow it to happen, it would not only flatten the cinema model, but all the other elements of the industry would be bulldozed as well. Film distributors are worried; producers must be concerned, too. Those who do not manage to be part of the larger platforms would simply not exist anymore.

If Netflix has films that are suitable for the cinema, we would be happy to see a real theatrical release. That would be a win-win situation. Netflix, like other film producers, would receive a share of ticket prices.

Are two trains headed toward each other on the same track? One can hardly imagine that Netflix would offer to take a seat at the table. Is Netflix interested at all in European arthouse cinema operators?

At the conclusion of the recent Arthouse Film Fair in Leipzig (Ed. Note: a gathering for cinema operators from around Germany), the analogy between David and Goliath was made. The “Goliath,” Netflix, is simply too large to ignore. But “David,” by which we mean arthouse theaters, is not to be beat.

We have enough other films. It is not as if there are only films being produced by Netflix on the market.

In Europe last year, we had over 2000 films. Our job is to sniff out the best movies, something like a truffle hunter might do, and bring them to theaters. Through that understanding, there is a stance of great self-awareness. We shouldn’t speak too much about Netflix, but rather focus on the movies that we are bringing to theaters. Let’s campaign for them with audiences.

Is it also perhaps true that everyone is looking at Netflix itself and not necessarily what they are putting out?

When the movie Roma won in Venice and many newspapers did not report the title of the movie, rather wrote something to the effect of “Netflix won,” that is of course a challenge.

When the Hamburg Film Festival (Ed. Note: September 27-October 6, 2018) writes that they have three Netflix productions but does not say which films they are, then the independent film industry in Europe, the producers, rental agencies, cinema operators, have to say something. 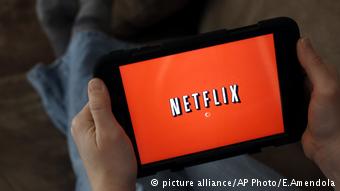 Films and series made for home viewing, on small screens

Roma also begs the question of what makes for a theatrical film. …

The question is always: what is cinema? Of course, Roma is a movie that belongs on the big screen. But dare I say that the film disappointed on the small screen? I also dare say that nobody in Germany will subscribe to Netflix just to see Roma. But for Netflix, the Golden Lion is a gigantic marketing success that has paid off.

Netflix is welcome as a true market player, but it also has to abide by the rules of the game. Or Netflix should not appear on the big screen; a Netflix movie is thus no longer a movie. From that moment, when it’s disappeared from Venice and only viewable on a small screen, then it becomes a television movie.

At the heart of the debate is the presence of Netflix at festivals. Cannes will not show any Netflix films, Venice, however, will. What stance should the Berlinale take? You will appeal to Dieter Kosslick and his successors and to Commissioner for Culture and the Media Monika Grütters not to take the same path as Venice.

Exactly, that is a very strong appeal from our end. The Berlinale is a tax-financed film festival, not a private one! We produce so many movies in Germany and Europe and around the world. Such a festival, at least in the competition section, is a competition for the best films that should be freely accessible afterwards. It would be no problem to show Netflix movies on the sidelines or on the movie market. 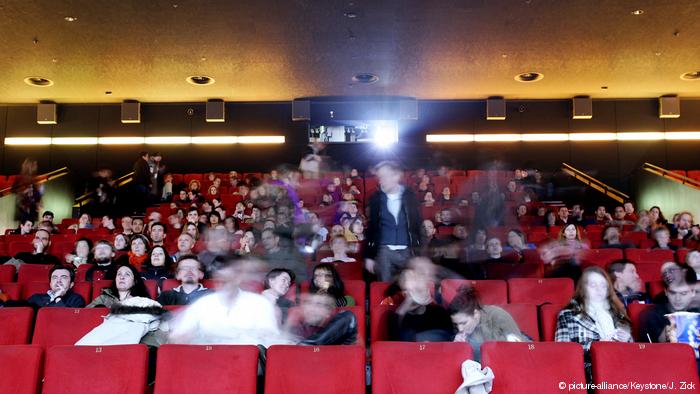 The cinema as an experience: Will Netflix threaten its existence?

It’s also about freedom for distribution channels. You can watch the movie in the cinema or later buy a Blu-ray disk or watch it on a streaming platform or on television; all of these options are closed off. That’s why you have to defend this. If the Netflixes of this world want a greater share, then they should create their own festivals.

Are festivals or movie theaters threatened by this?

The concern is of course, if in the future a Berlinale competition with five films by Netflix were to take place, but these films are only for viewing on the small screen, that would dilute the Berlinale brand and even the festival brand.

In the short term, we hear: “We are daring to do something new,” but the question is: do I see myself as part of a film culture that also wants to make films available to a broader audience, where cinema is a place of shared storytelling? We all love stories, no matter if we see them or hear them, whether streamed or on television. But the shared story-seeing, with friends and with strangers, that is the experience at movie theaters. That is cinema!