How useful is AI for independent European cinema? 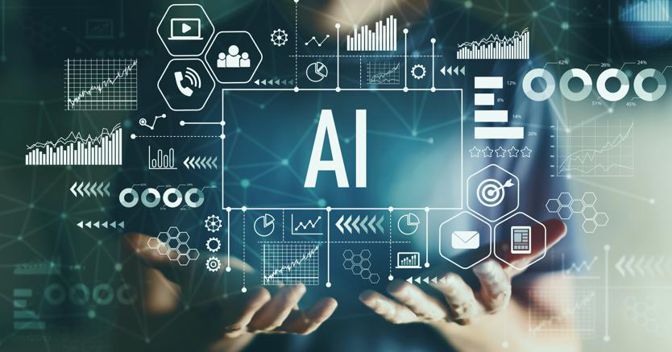 On the last day of Cannes’ Marché du Film Online (22-26 June) and Cannes NEXT, the team behind Swiss venture Largo.ai, a data-driven artificial intelligence (AI) programme that can understand the ingredients of a movie and predict the audience reaction, focused on how AI can help European films. Having already racked up €1.7 million in investments, the programme has been featured at various markets and won the Zinemaldia & Technology Startup Challenge at the San Sebastián Film Festival last year.

Sami Arpa, the CEO of Largo.ai, started the session by investigating the digital transformation in the post-pandemic era, asserting that their technology can be relevant at every stage of production, and offers speed benefits and cost reductions by empowering the producers’ gut feeling with AI. The learning database includes metadata from 400,000 films/series, 1,800,000 talents, and 59,000 scripts and dialogues that have been analysed. Also, the financial forecasts are more than 80% accurate, and each project can be analysed in five minutes. Arpa underlined the importance of adaptation, as forthcoming developments will bring a wider implementation of AI, even at the script stage, in less than five years.

As is the case during every AI panel, the fear of creativity being overridden or destroyed by robots was addressed, and on this point, Arpa argued that we can currently only have data-driven or data-assisted moviemaking. AI won’t solve the issues, but it is used to home in on the problems that the human mind should then provide solutions to. To demonstrate the results of their technology, he presented the graphs of two European films, which analysed the genres and the evolution of the story of each of them. He also mentioned that one movie made €462 million at the box office, while the other made only €7 million, and asked the participants to vote on which one they thought was the most successful, based only on the graphs. Sixty percent of the audience picked the right film merely by interpreting the data.

Regarding the box office, there was a comparison between the US and the European markets, and while there are 2.5 billion admissions in Europe, the total revenue amounts to €8 billion, with European and non-Hollywood productions accounting for less than €2.5 billion. Breaking down the numbers for each of the major countries, France manages to get roughly four French films in the top ten of the box office every week, the UK is on an average of 2.5, while Italy and Spain struggle to get around two, and Germany manages just over one film weekly. This led on to the next issue, production, as in Europe, around 1,500 films are released every year with a total production cost of €2 billion, making an average of €1.3 million per film. The main goals in the post-pandemic era are to better understand the European audience, to find which films would enjoy commercial success, and to enlarge the investment pool for the local films that could be completed, with an accompanying reduction of risks and costs.

In that regard, Alexandra Lebret, managing director of European Producers Club (EPC), explained why EPC partnered with Largo.ai and how this is beneficial for independent producers. Even before the pandemic, producers were dependent on the supremacy of streaming platforms, and now with the cinemas closed, without audience connections, and with pubcasters marginalised and seeing fewer viewers, producers are unable to identify what the audience might like. With AI, they can be more reactive to this, have analyses at their disposal, protect their IP and be ready for the next crisis.

Regarding the Largo.ai partnership, Lebret mentioned that since the company uses similar tools to the ones that competitors and bigger studios utilise, independent producers can also be one step ahead in terms of financing their projects. By identifying and keeping up with the spread of the audience, they can also negotiate more effectively and avoid losing their rights and revenues when dealing with the streamers. She is confident that these analyses will also be helpful in enabling greater access to other investors and diminishing risk at the earliest stage by building the right strategy that can be used for future ventures, too. For the more tech-sceptical professionals, Lebret mentioned that AI does a “similar” estimation to the one that could be done with a sales agent, for example, but in an efficient and data-based way, rather than hinging on subjective facts.

Finally, Ilaria Lauzana, tech lead at Largo.ai, presented a series of case studies, and she revealed that the films used in the poll were The Intouchables [+] and Two Days, One Night [+]. She mentioned that AI uses different variables for different predictions, so data are just as important as the pool of talents. For the revenue peaks of each film, more information stemming from different components is needed, and not just the script. The whole procedure is automatic, and by inputting the script, the initial shreds of information will be extracted, but the final predictions for the box office are affected by variables such as how the cast match their roles, and the film’s genome, or DNA, which is created by using all of the keywords that can possibly describe it. There have also been cases where the script analysis was positive and the cast was popular, but there was no match with the film’s style and it was consequently a flop.

Before closing the session, Arpa informed those watching that there was a call for European producers and distributors, after which 20 of them will be selected and will receive Largo.ai’s services for three to six months. The cost will be borne with the support of the Swiss Federal Office of Culture and MEDIA Desk Suisse.